Each year, HGTV goes on the hunt for its Designer of the Year. This year, our client Choeff Levy Fischman was selected as a finalist for the national competition’s Dramatic Before + After category – the only Miami firm selected in 2019. The chosen project was a former Mediterranean-style residence built in 2002 which the architects transformed into a more modern resort-style living Miami Beach home.

The award-wining architects conducted extensive renovations to the interiors to modernize the outdated layout and architecture. They also completely transformed the home’s backyard area by redesigning the swimming pool, deck, guest house, and outdoor cabana.

To vote for Choeff Levy Fischman, check out  HGTV.com and vote for ‘Updated Mediterranean Villa in Miami’.

It’s been an exciting month couple of weeks for the firm as another one of their stunning designs was also selected as a winner in the Architecture Single Family category by the International Property Awards. Choeff Levy Fischman’s design of a Palm Island residence in collaboration with their client Aquablue Group will be recognized at the October awards ceremony in Toronto.

LA CLARA provides a new twist on Floridian Modernism with expansive terraces, luxury finishes, and unobstructed views. It includes 83 residences comprised of one-, two- and three-bedroom units ranging from 1,500 to more than 4,000 square feet.

“The goal of LA CLARA’s design is to maximize the views towards the Intracoastal and the Atlantic Ocean from every angle of the building,” said Jennifer Llop-Noy, project manager in Stantec’s Miami office. “We’ve accomplished this by staggering the floorplans, implementing a floor-to-ceiling glass envelope and creating exterior living areas for each unit.”

Check out the feature Ocean Home.

BBA’s design captures the power of femininity and celebrates young girls and the story of the nonprofit.

Local firm Berenblum Busch Architects conceived the design through a feminine lens. Beyond the façade mural by local artist Tatiana Suarez, the contemporary, minimalist setting will be adorned with coral, pink, and peach hues.

The 200-square-foot space embraces its industrial origins with exposed ceilings and concrete flooring. A large gallery wall will showcase photography the Global G.L.O.W. community. Planters and a polka dot-patterned canopy will be installed as well.

Stantec’s Andrew Burnett, Raed Alawadhi, and Aida Sanchez-Gomez were featured in INDULGE’s 2019 Design and Real Estate Issue. They shared their experience, expertise, and insights in the architecture and design industry.

Andrew Burnett, Senior Principal, says Solitair Brickell is a project that stands out as an example of the firm’s work. The building’s unique façade inspired by the Medjool palm tree stands out from other high-rises in the Brickell area. He adds that architecture is transcendent, and it contributes to our collective sense of place connecting us to each other and our environmental ecology.

When it comes to design, Raed Alawadhi, Senior Interior Designer, is influenced by his travels, especially Europe, because of their way of intervening a modern addition into an old building. Interior design trends he’s currently seeing include golds and rose golds and clients are very drawn to it, he adds.

According to Aida Sanchez-Gomez, Senior Architect, the Bacardi building has made an impact on her design style because it captures the essence of Miami and its people with its fused art and architecture. When it comes to her approach to architecture, she states that she is more concerned with how a project’s design crafts an experience for its occupants. She looks for the story that drives the design, and sometimes it stems from the natural environment or history of the site.

Big ideas are hard to come by, especially ones that have the potential to change the world.

architects and designers are experts in connecting architecture with nature and finding radical solutions to sea-level rise and other environmental concerns. Principal and Founder Wesley Kean believes that the use of Metabolist principles can change the narrative on sea level rise from one of fear to one of opportunity. This design approach is the award-winning architect’s “Big Idea That Might Change The World In The Next Few Years.”

As a part of my series about “Big Ideas That Might Change The World In The Next Few Years” I had the pleasure of interviewing Wesley Kean. Wesley is an architect, Principal & Founder of Miami Beach-based .

Thank you so much for joining us! Can you tell us a story about what brought you to this specific career path?

I found my passion for architecture at a young age in the Lakes Region of New Hampshire where I grew up. I learned the tools of the trade from my father, a builder and carpenter, who remains a key influence in my work today. My father used to say, “measure twice, cut once!” and I apply the same philosophy to design today. I measure using analysis of site, program, and culture and evolve the ideas into architecture. In my opinion, skipping past the measuring phase would yield a completely meaningless architecture. While studying architecture, I learned that it was more than a construction and development industry, but that it can actually impact lives on a broader scale. I’ve understood the weight of responsibility that comes with design and its impact on our communities. The fact that ideas have the power to change the world, is what gets me up and excited to go to work every day.

Can you share the most interesting story that happened to you since you began your career?

My firm KoDA was asked to design a project in a very controversial location in Miami. Controversial because of its location within a public park, which carried with it political, environmental, historical and cultural pressure. We approached the design first by evaluating the viewpoints of each of these individual stakeholders and then re-built the design concept up from there. The result became an iconic symbol for the city in which the Mayor came to the City Commission meeting to personally speak on behalf of the project calling it “iconic” for the City. It was very inspiring to see the profound positive impact an idea about a structure can have on a community.

Can you tell us about your “Big Idea That Might Change The World”?

There has been some recent momentum on the discussion of sea level rise in the world. More often than not, however, the conversation turns apocalyptic very quickly. After all, this is an overwhelming subject and one with myriad physical, emotional and political challenges that force many to avoid the topic altogether. Most of the discourse among architects, planners and stakeholders revolves around ideas about sustainability and resiliency. However, we need to also be thinking about transformation, adaptation and preservation.

MiMo Bay Apartments is a waterfront community that will feature  236 units and a new 15,000 square-foot American Legion Post facility for military veteran members. Stantec’s design vision is to pay homage to the surrounding neighborhood and its Miami Modern architecture and to establish a connection between Biscayne Bay and the Legion Memorial Park.

The five-story building will be constructed on a 3.5-acre parcel formerly occupied by the building of the American Legion Post No. 29, which was demolished back in 2016—shortly after the Canadian pension fund acquired the asset for nearly $4 million, according to The Real Deal. That site is adjacent to Legion Memorial Park at 6445 N.E. 7th Ave. in the coveted Miami Modern (MiMo) District.

To read more on this unique and exciting project, visit Multi-Housing News. 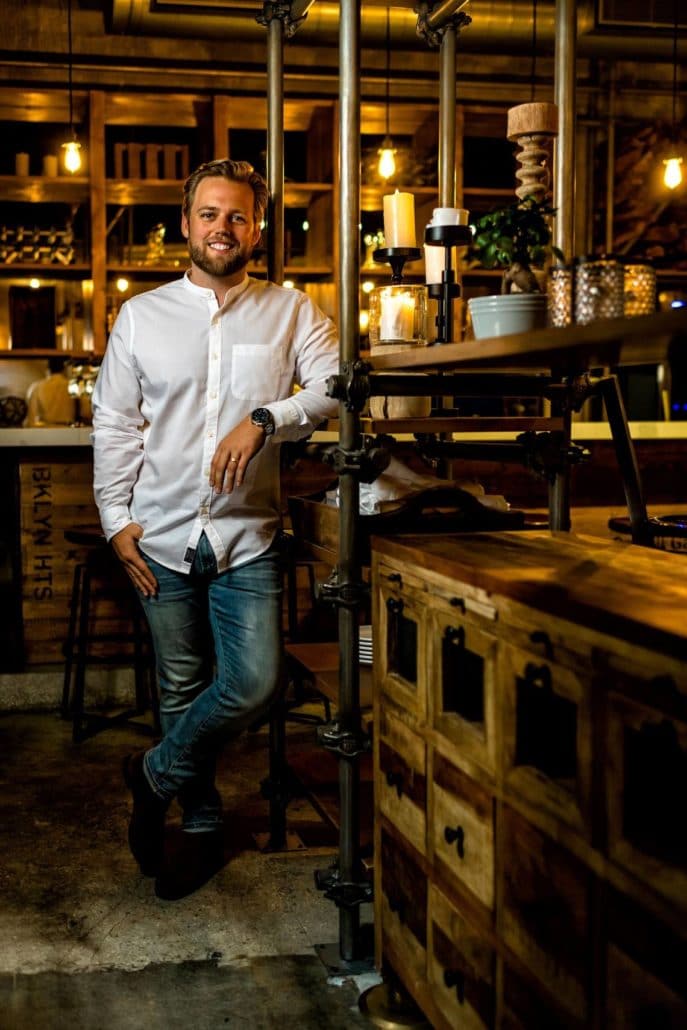 Award-winning architecture and design firm, KoDA, practices design with ambition for its clients  and optimism for the world. Led by Principal and Founder Wesley Kean, he uses analysis and research to inform create the design of distinctive buildings, landscapes, interiors and experiences.

One of KoDA’s recent projects, the new Apizza Brooklyn restaurant in Coral Gables, is perhaps a perfect illustration of the firm’s research-based design process. Kean and his associates took on quite a bit of in-depth analysis, diving deep into the company’s brand and figuring out how the firm could communicate that vision through spatial configurations, materials and menu design. KoDA even read the restaurant’s online reviews.

“This process allowed us to distill the brand down to its essence, and build and evolve it back into the space,” Kean said.

Their findings led them straight to a familiar icon.

“The brand is very tied to New York, so we spent a lot of time evaluating the city,” Kean said. “The instinct is to jump to subway tile or brick, but we took a step back and asked ourselves, ‘What’s truly synonymous with New York?’ And we just knew we had to go with a scaffolding concept.”

To read more on Kean and his process of design, visit INDULGE Miami. 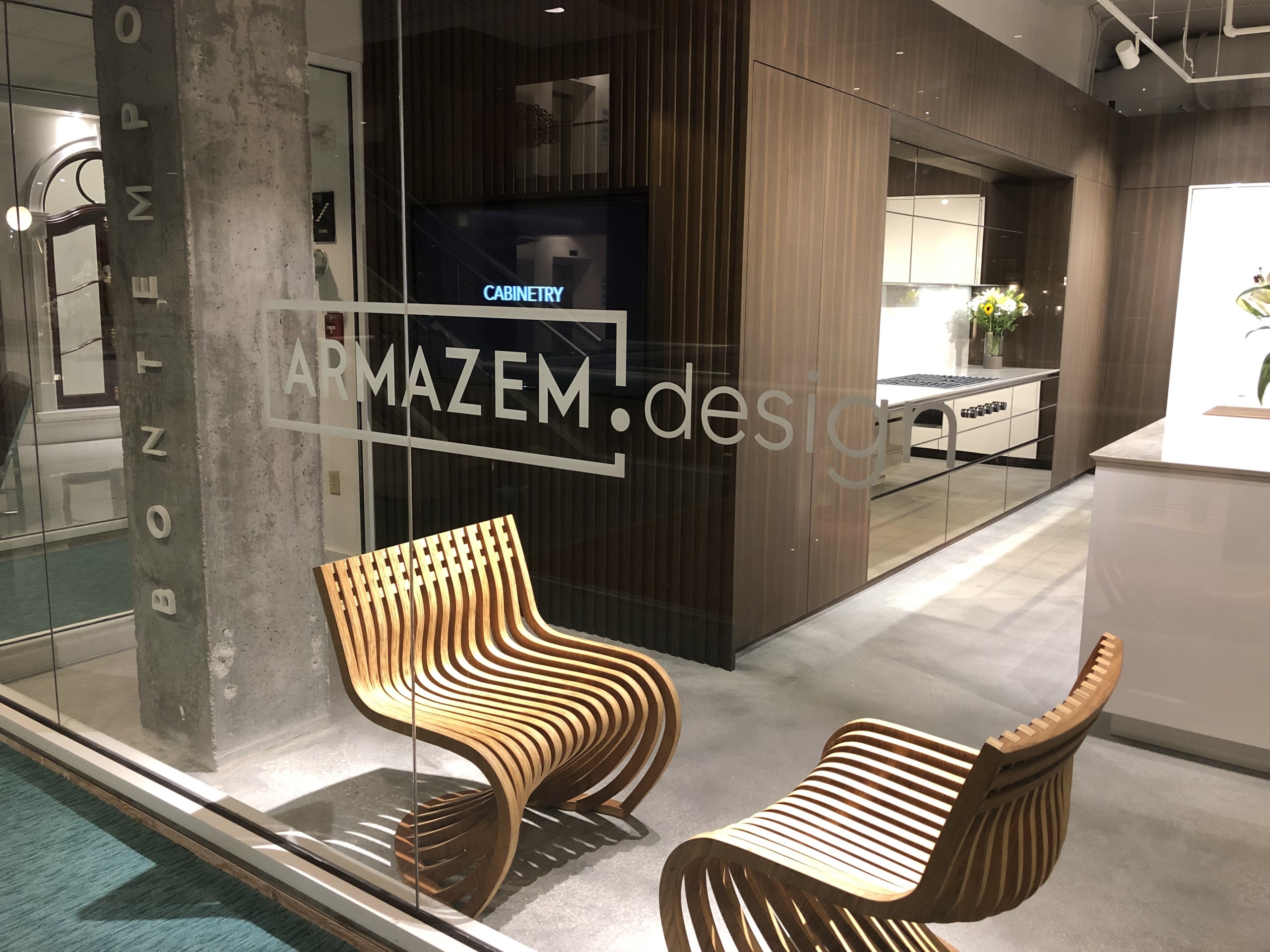 Armazem Design, located in the DCOTA building in Dania Beach, celebrated the opening of their new showroom on January 17th.  Designed by architecture and design firm KoDA, the 6,000 square foot space leaves behind conventional showroom designs and creates an environment where customers feel at home. Armazem offers high-end home décor items, furniture and architectural products such as Bontempo, Itaca, Foscarini, Schuster and Adielle.

KoDA used subtle materials such as polished concrete and white museum-like walls to create a canvas for Armazem’s rich furniture and millwork. Texture was achieved through the use of light and shadow and pops of color highlight accents within the space. In addition to showcasing products, the new showroom also serves as an office space with glass-cubed conference rooms reserved for interactive and comprehensive design workshops. 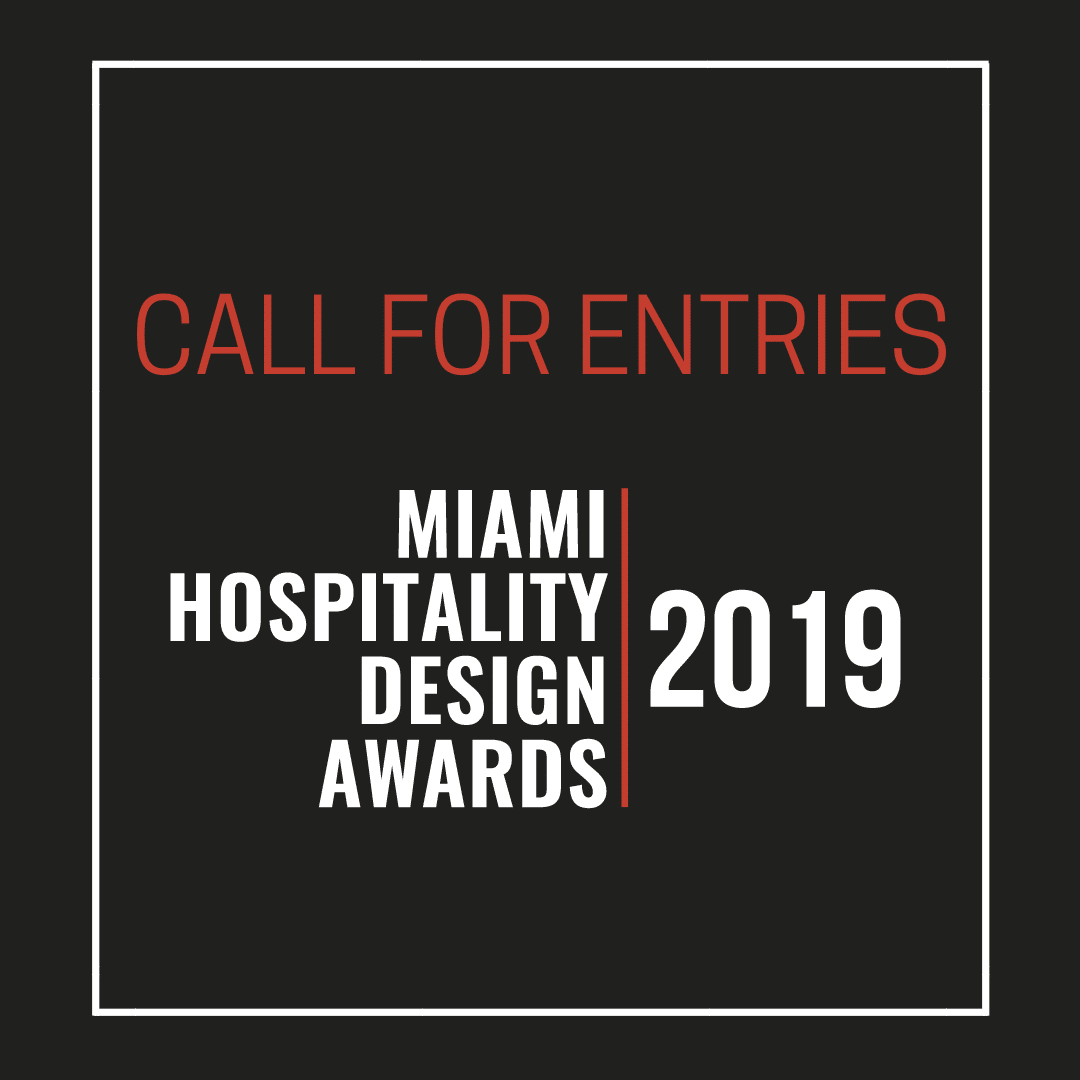 The American Institute of Architects Miami Chapter, the Greater Miami & The Beaches Hotel Association and Oberhausen Marketing & Public Relations has announced its call for entries for the 2019 Miami Hospitality Design Awards. Project owners and licensed architects and designers with hospitality projects in Miami-Dade County are invited to register through Jan. 25, 2019, but please note that a license architect must be a part of the team. Submission uploads will be due by Feb. 22, 2019.

Categories for the 2019 awards include hotels, restaurants, nightclubs, lounges and bars, and for the first time this year, food halls are welcome to submit and be recognized as well.

The awards will take place on April 3, 2019 at The Miami EDITION hotel. To enter, and for more information on the award categories and criteria, please visit www.miamidesignawards.com 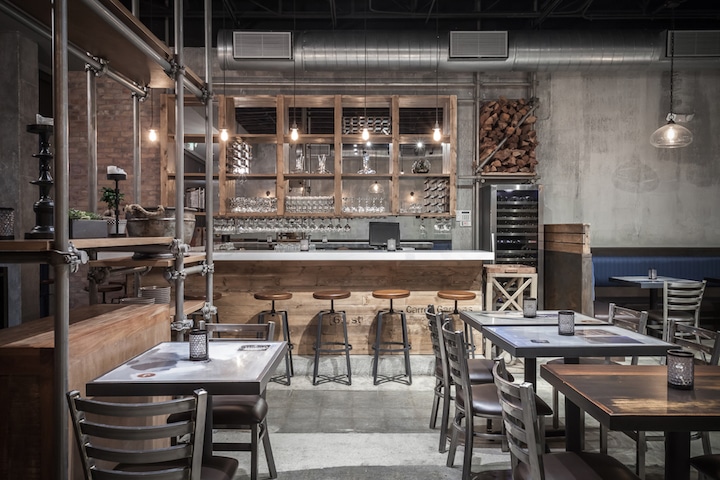 The industrial New York City look was the inspiration for KoDA’s design of Apizza Brooklyn’s newest Miami location. The goal was to make the space innovative, creative and family friendly with more seating, brick, concrete, wood, and metal details.

The interiors of the space were inspired by the scaffoldings seen throughout the ever-evolving New York City streets. This industrial element made usually of wooden planks and metal poles has become synonymous with the architectural experience of the city. KoDA implemented repurposed scaffolding throughout the space and turned it into a functional, yet alluring design detail for displaying carefully curated ingredients used in the kitchen and for providing additional storage space.

To read more and see photos check out the story in Dexigner.