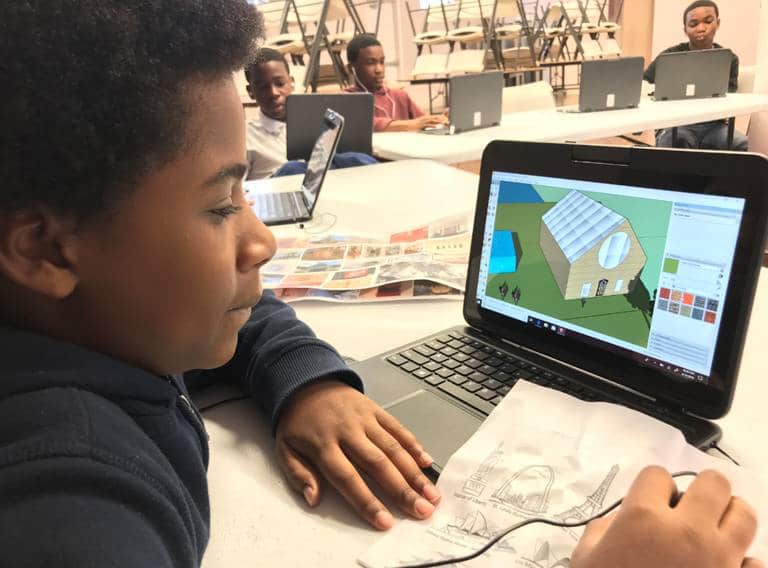 Of the 105,000 registered architects in the U.S., less than two percent are African Americans. In an effort to increase their representation in the industry, architect Craig Aquart of M.C. Harry and Associates created Black Architects in the Making.

BAM is a hands-on educational workshop focused on educating students, primarily African-American, on the architectural profession, and is supported by the Miami Center for Architecture and Design and the American Institute of Architects Miami chapter.

The definition of an architect is “a person who designs buildings and advises in their construction.”

So, it makes sense that the American Institute of Architects Miami Chapter would help build a program that focuses on educating middle and high school students, primarily African American, on the architecture profession.

The U.S. has produced very few African-American architects. According to the National Council of Architectural Registration Boards, of the 109,748 registered architects in a 2016 survey, only 2 percent are African Americans.

“BAM is a seed planting program that we must continue in more communities to diversify the architectural profession,” Aquart said in an email. “Students who knew little or nothing about architecture and the role it plays in their communities, now understand that their involvement in building better communities is essential to their well-being.”

Since its inception in 2015, Black Architects in the Making has designed more than 21 workshops led by African-American professionals. The efforts have reached over 300 students in Overtown, Liberty City, Richmond Heights and Homestead.

To read the full story, visit the Miami Herald.